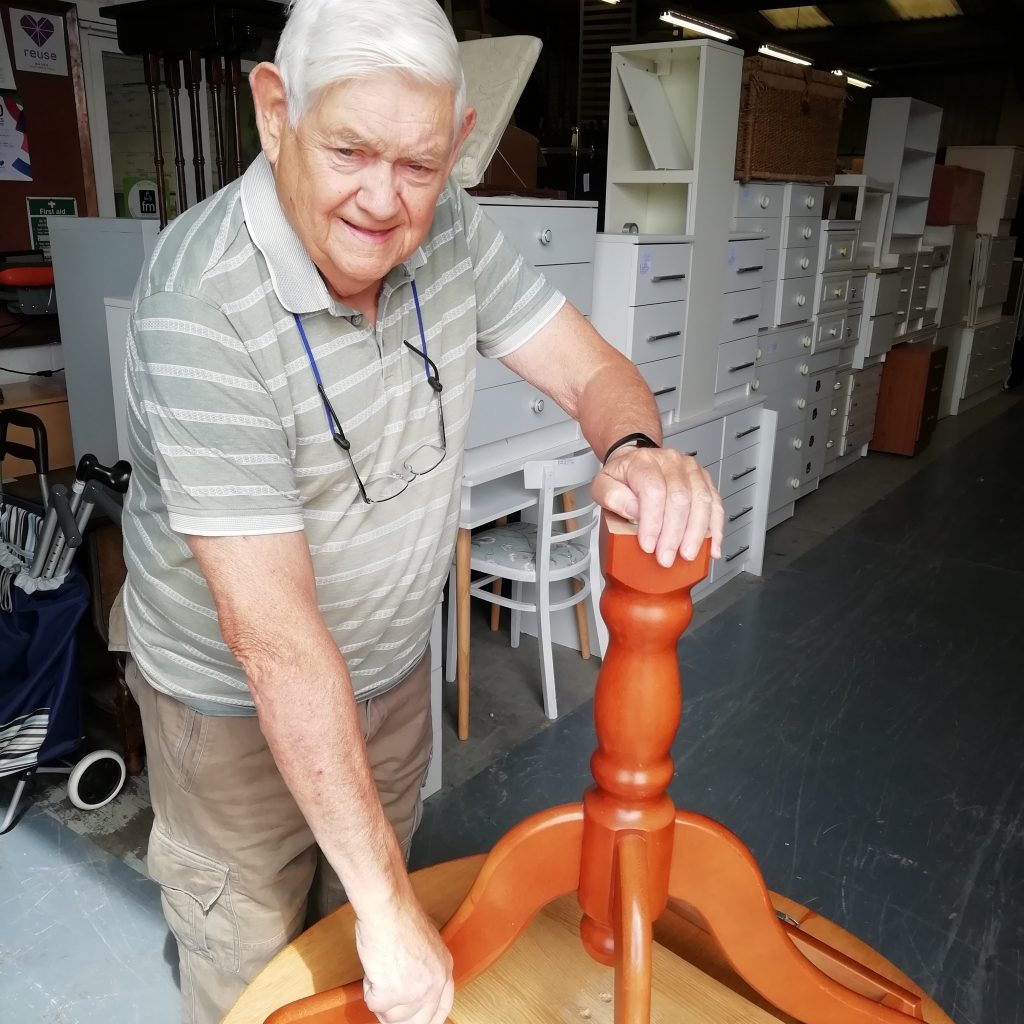 Doug Western MBE was one of the original architects of KFR, originally driving the vans plus being a fundraiser and carpenter.

The Kennet Furniture Project began in 1995 with the aim of helping disadvantaged families by collecting unwanted furniture and selling it at a low cost, at the same time as training volunteers and improving the environment. Had it not been for Doug’s fundraising, KFR would have failed in 1999. Wiltshire & Swindon Community Foundation’s support at extremely short notice, saved the charity from extinction. In 2003, an adjacent building became available, Doug sorted a further £68k of funding, Refurbiz was born, with similar aims to the furniture but focussing on white goods. Doug stepped down as Manager in 2011 and served as a trustee for a further 2 years. He was awarded the MBE for services to the community. In 2013, Kennet Furniture and Refurbiz merged to become KFR, the two entities compliment each other and allow for total house refurbishment on low income. Doug continues in a voluntary role at KFR refurbishing furniture.