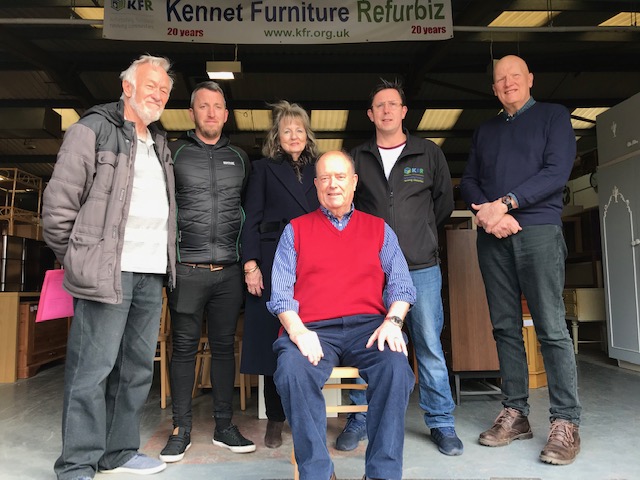 Ken joined Kennet Furniture in Spring 2002 as volunteer van crew; his reason for volunteering was to learn about French polishing, but the then Manager, Doug Western MBE, had other ideas … he is still awaiting this training! Ken had a career working in various developing countries, but was shocked, saddened and alarmed by the extent of poverty and deprivation in Wiltshire.

Ken became a trustee in 2004 and recognising a shortage of usable pre-owned white goods, helped to set up the specialist ‘sister’ charity, Refurbiz. During the 2008 economic downturn, feedstock became scarce; costs rose leaving Refurbiz short of funds. In 2013 the two charities merged into Kennet Furniture Refurbiz and Ken became Chairman. Ken knows the charity has stepped up a gear, and a new Chair is sought to support our organisation to meet growing demands.

We wish him well for the future. If you are interested in the role of Chair of KFR, please call the ofﬁce for more details.